My books and stuff

One of the strange things to happen in the past decade has been the rediscovery of the records me and the people I knew made in the post-punk DIY years. First the Messthetics series brought them back blinking into the light and I began to have the faintest inkling of what it must have been like for those Mississippi bluesmen in the sixties when record collectors started seeking them out- that same sense of ‘what the hell do you want with that old shit?’ The difference being obv that many of the Mississippi bluesmen were utterly brilliant, while absolutely none of us were.

Some were better than others though and it’s nice to see a vinyl reissue of the collective works of fellow Cardiffians Reptile Ranch getting some attention. So I dug out my old fanzine. in which me and my mate Charles interviewed them. and here. for your delectation. is the most hilariously over-serious conversation between 1970s teenagers you could wish to read. 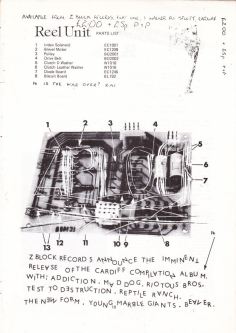 The Music of Epirus

The village square in Vitsa, Epirus.

During 2015, following a recent loss, I became fascinated by the music of Epirus in Northwestern Greece, and in particular with the ancient funeral laments, known as mirologis. I discovered that in summer the villages of Epirus would all hold festivals during which the musicians would play all night in the village square, starting and finishing with a mirologi. The rest of the time, however, they would play dance tunes and the whole village would dance around the band in a circle. In the summer of 2015 I travelled there for the first time to find out more – and discovered an extraordinary living folk tradition. I returned in 2016 in the company of a film crew, led by the excellent Irish director, Paul Duane. Together we are working on a feature length documentary celebrating this music and exploring its roots in Greek antiquity and its capacity to speak to our understanding of the mystery of death.

This is the piece of music that ignited my fascination.

It’s taken me a long while to catch up with Al O’Donnell. An Irish singer who made his name in England in the sixties, he went on to make two albums for Bill Leader, then seemed to vanish from the folk scene thereafter, his two albums lost in the Leader copyright debacle. So a great pleasure to find this on youtube – And don’t worry – the wee leprechaun at the beginning is only introducing the song.

In Chapters at the Green Man

The next In Chapters is at the Green Man Festival on Sunday August 21 at 1pm. The theme will be Ghosts and the guest artistes will include Joe Dunthorne, Laura J. Martin, Rachel Trezise, Katell Keineg, David Oprava, Charlotte Greig and Jemma Roper. Richard James will be back in his role as Musical Director after last month’s layoff

Now and again I realise that a record I’ve played a lot over a period of years is more or less invisible to the world in general and I guess if there’s any purpose in a blog it’s to point stuff like that out. So let me commend Bellwether to you. They were from Minneapolis and they made five (I think) albums. The first two were in thrall to their influences, REM and similar US college rock stuff. But the third one, Home Late, is an absolute killer, absolutely what alt-country should have been but mostly wasn’t quite. The fact the lead track off it only has, at time of writing, 36 views on youtube is pure injustice. Here it is and if you like it, well the rest of it is all just as good

The two later albums are also pretty good, the lead singer Eric Luoma has a new band I believe. I tried to book them to play in Cardiff once but they cancelled the tour due to lack of interest. Same old story.

Nice review of the paperback of Miss SB in the Guardian this week. In some contrast to the idiotic one the hardback received.

Out in paperback next month. Here’s a particular favourite clip of herself.

Delighted to say that the excellent Sort Of books have reissued Alexander Baron’s WW2 classic There’s No Home. I’m much honoured to have been given the chance to write the afterword.  You can buy it here 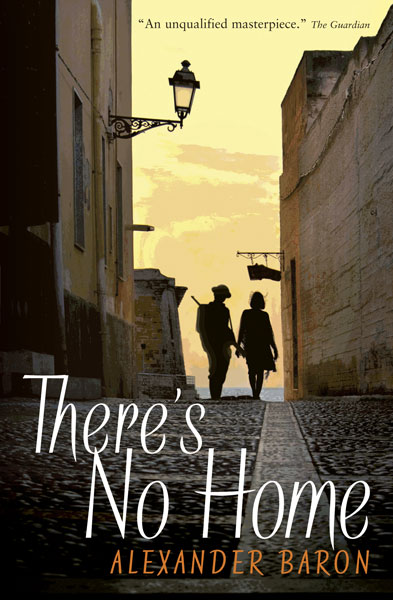 Teena Marie, who died of as yet unexplained (though apparently natural) causes over the Christmas holidays, is probably the only example of a white soul singer who never crossed over to a white audience. Her whole thirty year career took place entirely within the black music industry: a protégé of Rick James, she recorded her first album for Motown in 1979, and her latest for a revived Stax in 2009, following a stint with Master P’s Cash Money records.

She came from Los Angeles, and her music resembled the kind of thing Joni Mitchell might have made if she’d grown up on soul and funk rather than folk. Her first album was produced by Rick James, briefly also her lover, her second by Minnie Riperton’s widower, Richard Rudolph. After that, though, she produced, wrote and arranged her own records: pretty much unprecedented stuff for a woman working in any genre, let alone commercial soul. She had a handful of dance hits – Behind The Groove, I’m a Sucker For Your Love and Square Biz (with a proto-rap) – but the songs that really cemented her reputation, and made her one of the absolute darlings of the eighties UK soul scene, were the ballads, the Rick James duet Fire And Desire, Out On A Limb and, above all, the anthemic Portuguese Love, a one song resume of everything that was great and cheesy and over-the-top and heartfelt about eighties soul.

Back in the eighties I used to listen to a lot of soul music, Maze, Luther, Anita Baker, that kind of thing, and I used to go to the live shows, mostly at the Hammersmith Odeon, saw Maze, Luther and Anita there, saw Bobby Womack and Patti Labelle, saw Mtume, the Whispers, Atlantic Starr, etc, etc. The crowds at the shows were invariably great: mixed black and white folks who worked in shops and offices mostly, enjoying the beginnings of the eighties boom, young Londoners all.

Then, around the turn of the decade, I lost interest, being a fickle kind of music lover, and soul having been swamped by melisma-crazed Whitney wannabes. A couple of years later, though, sometime in 1992, I went back to the Apollo for one last soul show: Teena Marie.

The audience, like me, was a little older now, family people burdened with bills and childcare, their clothes not as brand new as they would have been a half decade earlier, but determined to have a good time. It was a predominantly black crowd, though still very mixed, and the love for the woman onstage was unmistakeable.

It wasn’t about her looks, she was a small, unremarkable looking woman in her mid-thirties, sporting a lot of frizzy hair and an inadvisable jumpsuit. It was most certainly about the music. She played the hits – both the chart ones and the cult ones – and the band was on it, while her voice was on top form (like a nasal, more in tune, more deliberately funky, Laura Nyro). But more than that it was about her absolute dedication to a vision of soul music as both a vehicle for self-expression and a communal rite. And this was the perfect audience for her. In the USA, beloved as she was by the black music audience, she was always an exception to the rule, the token white girl. In the newly confident mixed-race London of the early nineties, she provided both an inspiration (a heroine, no doubt, to all the bleached-blonde London girls with black partners who’d turned out to cheer her to the rafters) and, more than that, a celebration of the new world we were making.

And now she’s gone: cut off long before her time and in the midst of a renewed burst of creativity. Teena Marie was a product of her times – a contemporary of Obama, for whom she wrote a song, Black Cool, on her final album, Congo Square – and if neither the world nor its music is as segregated it used to be, then she deserves to be remembered for her part in changing them both.

Here are a few classic clips

Touching tribute from Lenny Kravitz, filmed on his iphone